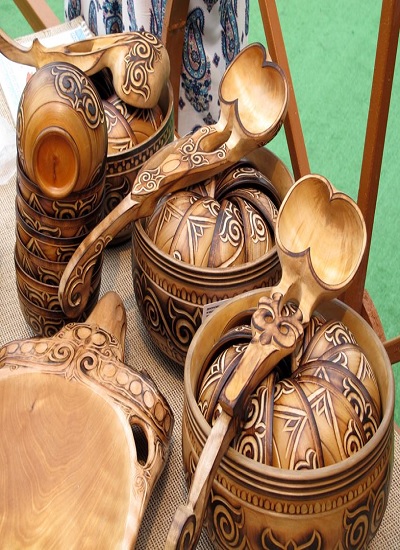 On History of Cultural Traditions Transformation: Arts and Crafts of the Uyghurs of Kazakhstan
Author: Risalat U. Karimova
Source: Oriente Moderno , 2016, NUOVA SERIE, Anno 96, Nr. 1 (2016), pp. 3-24
Published by: Istituto per l’Oriente C. A. Nallino
ABSTRACT
The article examines the development of traditional arts and crafts among Kazakhstan’s Uyghurs under the influence of various historical factors. The Uyghurs of Kazakhstan and other Central Asian countries comprise ethnographic group which developed over the last centuries separated from the main Uyghur population in Xinjiang, China, which resulted in emergence of their particular features. The article argues that the transformation of traditional arts and crafts among the Uyghurs of Kazakhstan occurred under the influence of political events, which changed dramatically the life of the entire population of the Russian Empire. With the establishment of Soviet power, the country’s rapid industrialization meant that products produced by individuals in workshops could not compete with less expensive and more practical products manufactures at factories and plants. Thus, blacksmiths, and artisanal producers of leather and cloth declined. Nevertheless, certain types of traditional art crafts (jewellery art, production of musical instruments, working out calabash) survived albeit on a limited scale due to the development of national idea, which requires symbols of ethnic culture. Modern artists exploit fantasy and go beyond traditional frames of ethnicity. The article argues that the arts and crafts of the Uyghurs received a new impetus in the Soviet era, despite the threat of a certain loss of ethnic peculiarities.