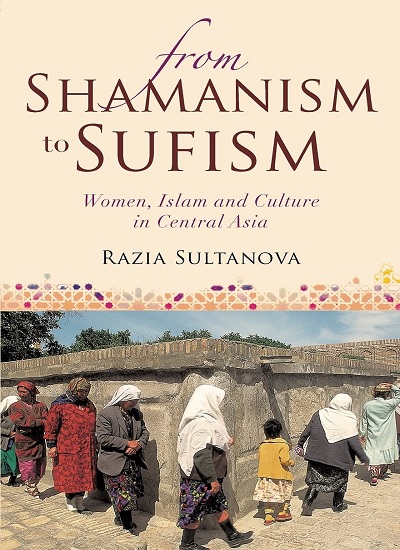 In 1989, when I was asked by a Russian publisher in Moscow, where I lived and worked at the Union of Soviet Composers, to write ‘something’ about music and religion in Uzbekistan I travelled to the Ferghana Valley, the poorest and also the most religious area at that time, where I felt rather puzzled. How could I research such a topic in our ancient lands, when the study of religion was forbidden and the amalgam of ‘music and religion’ said not to exist? According to the Soviet account at that time, all Soviet republics, including Uzbekistan, were populated exclusively by ‘atheists’. Not only the relationship between music and religion, but the very presence of such a phenomenon as Islam was under question. I remembered myself that in the early 1980s several of our relatives from Andijan, which is in the Ferghana Valley, were excluded from the Communist Party just because they had buried one of the family members in a traditional Muslim way.

After several weeks of fieldwork in and around the same Andijan, I discovered that, in fact, the area was deeply involved in musical religious activity performed by women, each village having its own female representatives. It transpired that the whole Ferghana Valley area harboured the most interesting, intensive and varied forms of religious rituals, none of which had previously had any opportunity of being mentioned in any official papers, research projects, books or articles. I felt just like Columbus discovering America.

I must mention that after speaking to these women, and having reassured them that I was not going to give away their secrets, I was allowed to join their rituals, to make recordings and take interviews. But there was a long way to go. I still had no idea how I could approach the many hours of recordings to examine this heritage. There were several questions to be answered. How was it that this whole phenomenon had gone unnoticed, deliberately or naturally, for a whole century, without being acknowledged by researchers, folklorists, or the media? Could these rituals be categorised as a musical phenomenon, as their status was not that of a musical performance but an integral part of daily life?

How could one recognise such performances within the long-standing tradition of ‘liturgical music’ (a term accepted in Islamic music study) if, as forms of religious service, they were interwoven with the routine of everyday life? Should they count as a ‘musical phenomenon’ at all, consisting as they do of vocal recitation without any instruments? Should they be classified simply as recital of poetry?

I had some practical questions for myself too: how in the late 1980s could I conduct research into this rich unknown material, and speak up about the amazing, all-female rituals of religious nature, when female members of local communities were still involved in them? What should be the focus in studying these rituals? What was the right angle from which to scrutinise them? Should I look at this phenomenon as an insider, as a person for whom the Ferghana Valley was a native place, or as an outsider for whom the rituals were just another example of live music performed in local communities with limited access for outsiders? Eventually, having looked through other research and having found many interesting sources to help me to approach these recordings, I was convinced that what I had found there and then in Uzbekistan was a unique genre of religious ritual based on poetry and music, or, more precisely, Sufi poetry and music, which had undergone development deep underground. For centuries scholars and historians studied those questions focusing only on male involvement leaving behind its overshadowed female face. Therefore this book is a long journey to Central Asian culture, religions, and musicmaking traditions performed in female communities. Pre-Islamic religious practices and mainly Shamanism as well as Islamic Sufism are the main stops on that journey and women are the main heroines.