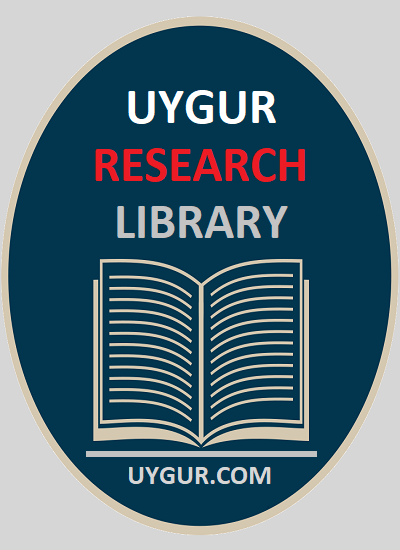 From the Margins to the Centre: The Uyghur Challenge in Beijing
Author: Nimrod Baranovitch
The China Quarterly, 2003

ABSTRACT: Recent literature on Uyghur identity in China makes clear that Uyghurs today not only have perceptions and narratives relating to their identity which challenge official ones, but also that these are expressed publicly in literature, art and everyday practice. However, to date this agency has been highlighted only in the context of the Uyghurs’ native-place, Xinjiang, while the little that has been written on representations of Uyghur identity in nationally distributed media and culture suggests that Uyghurs are still completely marginalized and voiceless. This article challenges this view by shifting the focus to Uyghurs who migrated to Beijing and by showing that they have been able to achieve an independent public voice that extends not only beyond Xinjiang but also beyond China. The article explores the role that Uyghur artists and entrepreneurs, and Xinjiang restaurants in Beijing play in challenging the orthodox representations of Uyghur identity in China and argues that although there are only a few thousand Uyghurs in the city they play a significant role in the negotiation of Uyghur identity, representation and nationalism. The article also challenges the widely held view that internal migrants in China are silent and politically powerless.

Studies on the Inner Asian Languages

Uyghur Technologists of Writing and Literacy in Mongol China

Mapping Crisis and Solutions in the Uighur National Question

The first leaf of an Old Uyghur Guanwuliangshoujing

The Buddhist culture of the Old Uigur peoples

Uyghur transnational identity on Facebook: on the development of a young diaspora

Identity construction online: the use of Facebook by the Uyghur diaspora

Perspectives on the Uyghur Internet

Listening in on Uyghur Wedding Videos: Piety, Tradition, and Self-fashioning

Trade and gifts across the Sino–Kyrgyz border

Uyghur customs: The genesis, popularity, productivity and demise of a modern Uyghur topos

A Survey on Uyghur Ontology

The Formation of Modern Uyghur Historiography

The Uyghur Challenge in Beijing

Case in Uyghur and Beyond

On the Fringes of the Harmonious Society

Mazar festivals of the Uyghurs: Music, Islam and the Chinese State

The Ordam-Padishah-System of Eastern Turkistan Shrines

Stepping onto Sacred Ground: The Mazar in Uyghur day-to-day life

Rivalry and Solidarity among Uyghur Healers in Kazakhstan

An Applied Anthropological Case Study of the Uyghur Diaspora Community

“Eating Hanness”: Uyghur Musical Tradition in a Time of Re-education

Reggae on the Silk Road: The Globalization of Uyghur Pop

The Not-So-Silent Majority: Uyghur Resistance to Han Rule in Xinjiang

The Collections of Research Papers and Books in the UYGUR.COM digital library are just for research purposes and are mainly about Uyghur Studies and Humanities. UYGUR.COM is not responsible for the content of the research papers and books, and the copyrights belong to their original owners. Full Access to Our Collection is typically limited to Authorized Researchers with an Access Code to view the contents. Don’t hesitate to contact us to get your free Password.