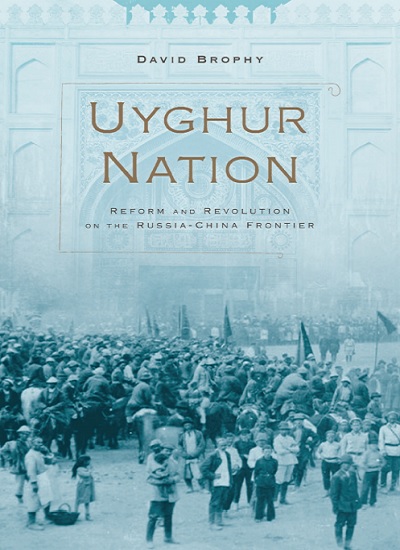 Introduction
This book is a study of the modern history of the Turkic- speaking Muslims of Xinjiang, the Uyghurs. It is a history of creative responses from below to imperial, national, and revolutionary state policies, told from the point of view of people whose life stories not only span the boundary between China and Rus sia but intersect with the history of the Ottoman Empire as well. At the meeting point of these empires a po liti cal space emerged that was structured by the interplay of imperial and spiritual loyalties, institutions of autonomy and extraterritoriality, and negotiations between rulers and ruled. My book details the place of Xinjiang in the wider history of imperial and Islamic reform in the early twentieth century and tells the story of ef orts to mobilize a diverse diaspora of Xinjiang Muslims in the wake of the Rus sian Revolution to intervene in the revolutionary pro cess. In doing so I trace the emergence of a new
rhe toric of Uyghur nationhood in the Soviet 1920s and follow its transmission back to Xinjiang.

Gender Roles and Ethnic Variation in Educational Attainment in Ürümchi